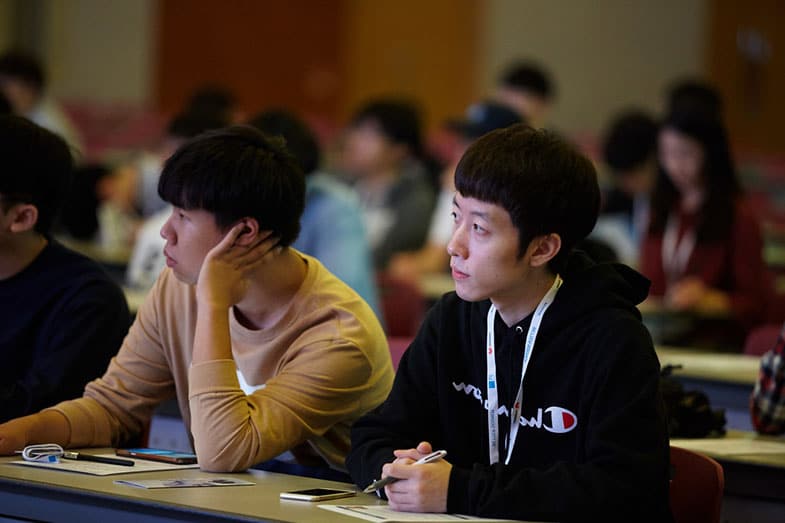 Sleep is a major part of your well-being. Taking enough time to recharge is crucial to keep the body and mind functioning well. But for South Korean students, ‘enough sleep’ might not be something in their vocabulary. In fact, sleeping more means studying less, which may not be an option for them.

The main reason for this sleep deprivation? The brutally competitive educational system in South Korea. How did Korean students get to be so focused on intense studying to the point that it affects their regular sleeping pattern? Let’s take a look.

A Glimpse into Korea’s Educational System

South Korea is a highly educated country with 70 percent of 24-35 year-olds in the population having completed tertiary education. With Korea’s stellar status in the educational department, the country consistently ranks as one of the best-performing countries in the Organization for Economic Cooperation and Development (OECD) Program for International Students Assessment.

Taking a step back to analyze the larger picture, South Korea is one of the ‘tiger economies’ in Asia – alongside Singapore, Hong Kong, and Taiwan. The 20th century has seen skyrocketing progress in South Korea’s economy. One of the vital elements in this economic success is the high importance the country has placed on education. Education has become congruent to income levels and social status, enabling a mindset. The more educated, the more powerful and wealthy you’re going to be. Ergo, the more you study, the brighter your future will be. It does sound rational, doesn’t it? However, the country has taken this context to a whole other level.

On the flip side of the coin, putting education on a high pedestal has put an authoritative power on universities and extreme pressure on parents and students. Competition to get admitted into a university is intensely stressful and challenging. Parents push to get their kids involved in extensive tutoring and private classes to meet the academic standards.

How Many Hours Do Korean Students Study?

Even at a young age, Korean students are crammed with every learning opportunity possible. They wake up in the morning, go to school at 8:30, and end at around 4:00 in the afternoon. But no, they don’t come home immediately to watch TV and eat after-school snacks.

Instead, elementary students go into private institutions with after-school programs. These are called hagwons, where students learn various subjects such as science, English, playing musical instruments, and sports, whatever it is they’re enrolled in. Students go home at approximately 10:00 p.m, where they continue self-studying until about 12:00 midnight or 1:00 in the morning. This schedule is the usual routine of a Korean student, even as a child. About 86% of elementary students are involved in some form of after-class private lessons.

For high school students, it’s not much different as well. After school, you find them in a library, burying their noses in their books and laptops to study. Otherwise, they enroll in private tutoring institutions. When students get home, they spend additional time of at least 2 hours of studying and doing their homework.

All in all, Korean students spend 16 hours or more a day at school, hagwons, and studying. Not surprisingly, 53% of high school students say they don’t get enough sleep because they studied at night, according to a Korean National Youth Policy survey.

And because these students are sleep-deprived, it’s common to see them sleeping on their desks during the day. And the cycle goes on.

If you’re a student, having a set study time is essential to accomplish academic goals. To help maximize the hours you spend on studying, use a planner to help you set priorities. If you’re an enthusiast of the Pomodoro Technique where you chunk your work into 25-minute intervals and 5-minute breaks, a timer will make it easier for you to engage in deep work.

South Korea is said to have the most significant private tutoring industry in the world, with parents spending a large portion of their income on hagwons.

In a 2015 survey of more than 6,000 high school students, 41% went home from school after 10:00 p.m because of studying, either independently or with a private tutor. Furthermore, 40.2% admitted that they were forced to participate in after-school programs and dedicate a lot of time to self-studying. A majority of 64% said they attended private institutions during the weekdays, and as if that wasn’t enough, 67% of students had weekend academic programs as well.

If you’re wondering about summer vacations, a study confirms that a whopping 73.4% of Korean students attend classes during vacation to further engage themselves in studies. For parents, spending around 500,000 won for academies is a price that’s worth paying.

Stresses of the Educational System

The overly competitive educational atmosphere has been in South Korea’s tradition for hundreds of years. It’s a vicious sequence that started from the country’s enshrinement of education, which eventually led to extreme university competition and high standards for admission. This all resulted in the obsession of both parents and students in achieving academic success.

Career, financial stability, and social status are essential for Korean families. As such, Korean parents have ingrained the significance of studying to their children. They start to enroll their children in hagwons and other private tutoring institutions that take most of their kids’ time. The time could have been used in physical play, social constructs, family time, and of course, sleep and rest.

Putting education first above personal freedom, physical, and mental health is a common occurrence that has numerous negative impacts on a person’s well-being. The trade-off for power and social status has developed a mindset among students that if they don’t study, they will automatically fail. Thus, they experience long study hours and short sleeping times.

Pressure and stress significantly affect a person’s mental health. Anxiety and depression may be the aftermath of the heavy burden on students to succeed academically. In many cases, suicidal thoughts have become common among Korean learners.

South Korea has a significant suicide rate in the OECD, with suicide being the leading cause of death among teens in the country. These teenagers have suicidal thoughts mainly due to poor grades and fear of failure, which is plausible given the circumstances. A 2014 survey shows that 36.9% of middle school students admit that they have suicidal thoughts due to their low school grades.

Lack of sleep is only the tip of the iceberg which can lead to more significant health problems if the education system in the country is not changed.

Fortunately, under the new regime of President Moon Jae, the educational system in the Republic of South Korea sees some changes. To lessen the problem of competition, President Moon aims to integrate state universities into one university system. That way, the once competitive education setting will be more open to students.

President Moon also wants to reduce admission fees, further increasing access to education, especially for low-income families in the country. As for the entrance tests, the government already took action in 2017 by ordering several universities to ease admission tests. Because of this, economically challenged families who are unable to afford hagwons and private tutoring have increased chances of getting in.

Furthermore, President Moon aims to clean out the school curricula, thereby reducing the workload on both teachers and students. More elective subjects will also be introduced to give students more freedom of choice when it comes to their education.

Conclusion – How Many Hours of Sleep Do South Korean Students Get?

Indeed, education is an essential key to success. Studying and working hard for your dreams is admirable and fruitful, but remember to know when you need to stop and rest. Sleep is vital to restore your energy and recharge bodily functions. Getting enough sleep has an impact on how you study or how you work. If trouble sleeping is the cause of why you’re not getting enough sleep, there are multiple relaxation techniques you can do to help. If you need an extra hand, use a herbal balm as a sleep enhancer.

On a final note, we commend the effort that Korean students put on their education. We hope that they put as much importance on their health as they do in their studies. But whether you’re a Korean student or not, get enough quality sleep to have a more energized, productive, and healthy life.