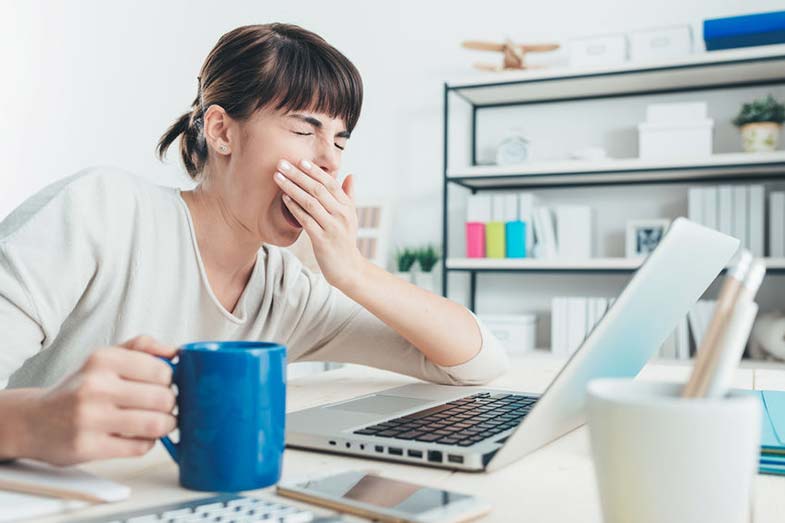 Benadryl is among the most popular over-the-counter antihistamine brands used to manage skin itchiness, runny nose or common colds, itchy and watery eyes, sneezing, rashes, cough, and allergies. One of its side effects, though, is drowsiness or sleepiness. Hence, knowing how long does drowsiness from Benadryl lasts is important to ensure your safety when you start performing routine tasks after taking it.

So, how long does Benadryl drowsiness last? When you take Benadryl orally, its drowsiness effect will usually wear off after four to six hours. If you take it daily, though, you’ll still feel some side effects until the metabolites get cleared from the body completely, usually from two to four days.

The time range signifies that the effect is not the same for every person. Thus, understanding how long Bendaryl stays in our system is essential because it has a direct relationship as to how long you’ll experience drowsiness. Also, since it has been a common practice, for your safety, we must determine whether or not you can use the drug for the sole purpose of helping you sleep at night.

How Long Does Benadryl Last in Your System

It goes without saying that if there is still a certain amount of Benadryl’s active ingredients or its metabolites in your body, the side effects, including sleepiness, can last longer than usual once you take another dose.

With that in mind, on average, Benadryl’s active ingredient, diphenhydramine, has an elimination half-life between 2.4 hours and 9.3 hours. That means once you stop taking Benadryl, your body will clear 50% of its metabolites within at most 9.3 hours after the last dose. This gives us an estimation that our body will be cleared off of the metabolites around 13.2 hours or 2.13 days after discontinued use of Benadryl.

The figures above, though, can vary. That is because certain factors will make the person experience sleepiness or drowsiness for an extended period or the body to clear the metabolites slower than usual.

Check out this video by Mitchel M.D. to see how Benadryl helps a person sleep.

Now that we have an idea of how long diphenhydramine stays in our system, which we can use to estimate how long does drowsiness from Benadryl lasts, let’s now look into some factors that may prolong or shorten Benadryl’s elimination time.

A study has shown that the clearance rate of Benadyl’s active ingredient or its metabolites is inversely proportional to the individual’s age. Meaning, the older you are, the slower it is for your body to eliminate the drug’s ingredients.

Specifically, its elimination half-life in a child’s body is around 5.4 hours, while in an adult’s body, it is about 9.2 hours. For elderly or individuals aged 65 years and above, the half-life is approximately 13.5 hours. With those numbers in mind, complete elimination is estimated at 1.24 days, 2.11 days, and 3.1 days, respectively.

In terms of body mass, the rate of elimination will usually depend on the dose given. That is, if bigger individuals consume a small dose of the drug, you’ll expect it to be eliminated faster than normal.

On the contrary, if you have a low body mass and you take a higher dose, the complete removal of the metabolites from the body will be slower. Finally, clearance time will be around the average if you take a dosage computed based on your body mass or weight.

Apparently, if you take a single dose of Benadryl in a day, it can be cleared from your body faster than when you take multiple doses. Remember that when you take any medicine, it undergoes metabolism, distribution, and then elimination.

So, when you take another dose before the body eliminates all the metabolites, more metabolic by-products would need to undergo metabolism, distribution, and elimination, prolonging the clearance time and drowsiness effect.

Scientifically speaking, one of the ways our body excretes metabolic wastes or by-products is via urination. When you’re well-hydrated, you urinate more frequently than when you don’t drink enough water, clearing your system of Benadryl metabolites faster than usual. Do note, though, that the effect of water intake on how long Benadryl stays in the system and how long does drowsiness from Benadryl lasts is not as significant as the other factors.

The liver has enzymes responsible for metabolizing drugs, such as Benadryl. As such, if you have liver problems, the medicine’s breakdown and elimination will be slower, increasing the number of hours you may experience drowsiness.

If you have liver function problems due to alcoholism, it will take approximately 3.48 days for your body to eliminate the diphenhydramine. On the other hand, if you have more serious liver issues, the complete clearance time would be around four days.

In terms of kidneys, they are one of our excretory organs, so when they don’t function properly, Benadryl will stay longer in the system. Thus, the longer you’ll experience the side effects.

Is It Bad to Take Benadryl to Sleep?

Most of us have trouble sleeping at night, and it might be either temporary or a sleep disorder symptom. Our go-to solutions are to listen to music or consume popular sleeping-aid products like hibiscus tea, warm milk, or supplements. At times, the problem is the effect is too slow, or they won’t work at all.

Since one of Benadryl’s side effects is sleepiness and we can purchase it without any prescription, some are already using the medicine to help them doze off. It became more popular as a sleeping aid because of its rapid onset of action, which is approximately 20 minutes. That leads us to wonder if this is even an advisable practice.

Experts say that antihistamine drugs, such as Benadryl, can be taken to help you fall asleep quickly and stay asleep if you’re experiencing short-term or acute insomnia. Acute insomnia is a kind of difficulty in sleeping that has been occurring for less than three months or due to stress, overthinking, jet lag, and the likes.

However, as of writing, no study or research has proven that Benadryl and other similar OTC drugs can help improve insomnia. In fact, the American Academy of Sleep Medicine states that there is still no data that can prove antihistamine’s efficacy and safety as a sleeping aid.

Clinical sleep experts say that although you can fall asleep quickly and sleep longer when you take antihistamines, sleep quality will still be poor. Hence, you might feel dizzy or sleepy the next day.

Why is that so? Generally speaking, antihistamines block a specific neurotransmitter called acetylcholine, which has a vital role during REM sleep or the sleep phase when we usually dream. That means the person who took the said medicine will have prolonged light sleep, but will not reach the deep sleep stage.

Apart from feeling groggy and wanting to go back to your comfortable, upholstered, queen bed (view on Amazon) the next day, some may even experience poor focus, dry mouth, and forgetfulness. What’s worse is that if you have been using the drug frequently to help you sleep, it will no longer have a sleepiness effect.

How Long Does Benadryl Drowsiness Last: A Summary

Drowsiness or sleepiness is one of the most well-known side effects of Benadryl. This is somewhat beneficial because, more often than not, you can’t rest well when you have colds, coughs, and allergies. That said, it may also have a negative impact because you might still feel drowsy once your body leaves the comfort of your gel, memory foam mattress (view on Amazon), and a few hours after that.

The drowsiness effect depends on how long your body completely metabolizes and eliminates the drug’s compound, which is also dependent on many physiologic factors. So, make sure you give yourself at least two days from the last dose taken to resume activities such as driving, lifting heavy weights, and other tasks that may pose a danger when you do it while feeling sleepy.

It is also best to check the other side effects of Benadryl and what you shouldn’t take with the medicine to ensure your safety. Lastly, if you plan to take this OTC drug to help you conk out on your soft pillow (view on Amazon) quickly, keep in mind that it has a hangover effect, and your system will get used to it quickly. Thus, it is always best to consult a professional if you experience difficulty in sleeping.