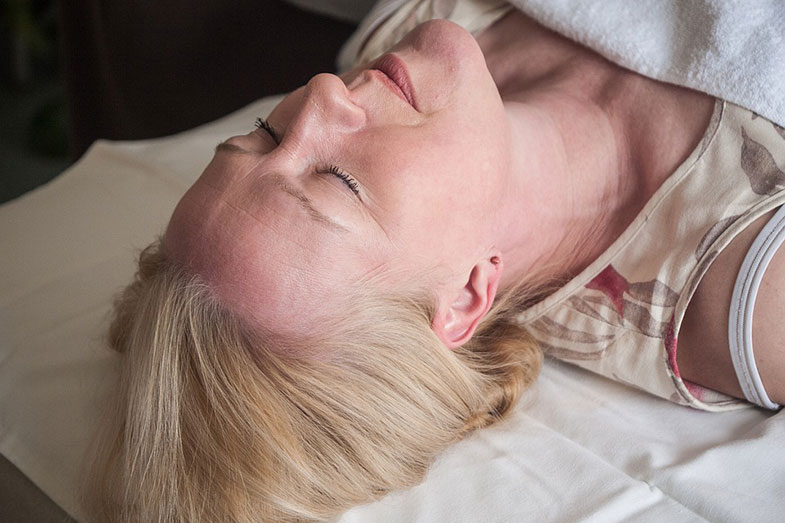 Botox is one of those “lunch-hour” cosmetic procedures you can quickly get if you want an instant glow up. With immediate visible effects and no downtime, it is no surprise that Botox is one of the most popular, minimally-invasive treatments around the world.

How long after botox can I sleep? Wait at least 4 hours after Botox before sleeping or lying down. Following the procedure, the neurotoxin needs time to settle into the injection sites and fully embed itself into your muscles. When you lay down too soon, the neurotoxin may shift position.

In the U.S, there are 7.4 million Botox treatments administered in 2018. While it’s widely accepted to resume your normal activities after getting Botox, sleeping or lying down too soon after the procedure may have some negative effects on your results.

Botox is a popular treatment done in the cosmetic industry. But like many procedures, it involves a few reminders as well. Let’s take a closer look into what Botox is, sleeping with Botox, and Botox after-care.

Botox is a neurotoxin primarily used to paralyze muscles temporarily. Its main cosmetic benefit is to reduce the appearance of fine lines, wrinkles, and crow’s feet – the classic signs of aging. Botox is like “freezing” some of your facial muscles to give you that smoother, more youthful appearance. The effects last from 3-6 months.

This procedure involves needles, so it’s vital to have your Botox treatment done by a licensed professional to prevent any infections or issues that may arise.

It’s natural to feel sleepy or groggy after a Botox injection; it’s a common side effect. But while it might be tempting to catch some Z’s and rest, lying down or sleeping right away may cause some complications in your results.

For good measure, wait for about 4-6 hours after a Botox procedure before sleeping or lying down. If you go against this rule, there’s a risk of it migrating to other areas of your face. This involuntary movement may spread in the surrounding and underlying muscles. Making sure that the Botox stays at the injection site will ensure that it fulfills its intended function on the right muscles.

Waiting at least four hours before sleeping allows the Botox enough time to settle in place, preventing it from being pushed away from its position. Sitting upright, at least for the first four hours after injection, is a good practice to avoid any risk.

Nevertheless, you don’t want to disrupt your sleeping pattern. After all, it may have been a long and tiring day at work, and you need to sleep. So what’s the best thing you can do? Schedule your Botox appointment in the morning or early afternoon so you can still get a good night’s rest and sleep on time. If you’re working, check your calendar for days that aren’t so busy. That way, you can have your Botox done at lunch hour. The procedure only takes a couple of minutes, and you can return to work immediately after.

If you can schedule your procedure on a weekend, it would be a much better option. However, there might be many patients during this time, so be sure to book your appointment early on.

How to Sleep After a Botox Procedure

Making sure you sleep correctly is also a valid point to discuss.

Yes, this might be a bit uncomfortable if you’re a side-sleeper or a stomach-sleeper. It’s one of the small things you can do to maximize the effects of Botox, especially since you’ve paid a couple of hundred dollars for it. Fight the urge to sleep on your side or your stomach just for at least two nights. If you want to take an extra careful measure, try this pillow (view on Amazon) to keep your head straight and elevated while you sleep.

Some doctors disagree that sleeping positions affect Botox results. However, sleeping on your back for a few nights provides a full window of time to guarantee that the injections absorb entirely in the right places. After that, you can sleep in any position that you want.

It’s better to be safe than to risk waking up with misplaced injections.

Can You Get a Face Massage After Botox?

Skip the facials and massages you have planned for the rest of the day. They might be a relaxing way to end a stressful day, but it’s best to reschedule if they are on the same day as your Botox appointment. Not only are facials and massages done while you’re lying down, but they also put pressure on your face or other treated areas.

Another rule in after-Botox care is not to massage or apply pressure on the area for at least 24 hours after treatment. As mentioned before, complications may arise if the neurotoxin is pushed away into other places it’s not supposed to be. It takes some time for Botox to diffuse in the muscle fibers for it to correctly function, and of course, we want Botox so settle in the correct areas.

It also might be tempting to touch and rub the injection sites on your face to feel the results, but trust us, it’s best not to. Do not touch your face for at least six hours after treatment. Make sure that your face is clean. As for your skincare routine, you can still carry on applying your sunscreen and serums after at least six hours. Just keep in mind to do it gently without putting pressure on your face. Pressing down may cause the injections to move around due to the motion in your hands.

Botox and Lack of Sleep

While there are not many studies to prove this claim, some patients report experiencing insomnia after Botox. Some people who had Botox say that the procedure has caused some sleeplessness in the first few days.

One way to explain this is the link between Botox and anxiety, which, though a rare possibility, is a potential side effect of the procedure. And because anxiety and insomnia often go hand in hand, this might be the possible cause. Indeed, anxious thoughts or behaviors are significant culprits in sleep deprivation.

If you have trouble sleeping, try using essential oils as they can help you relax and drift off into that much-needed sleep. Place three drops on your pillow or your bedsheets to promote relaxation and reduce anxiety.

If three days pass and the Botox has settled in, but you still experience insomnia, give this sleep mask (view on Amazon) a go as it blocks out light to help you sleep better.

After-Care and Other Things to Avoid

Botox is one of the cosmetic treatments that has no downtime, mainly because it’s minimally invasive. After Botox, you are allowed to resume your normal activities. However, there are still some things you should avoid to achieve and prolong your results.

Refrain from doing any sweaty or strenuous activities for at least 24 hours after Botox. You might wonder, “Why should I skip going to the gym just because I got some injections?” Well, exercise increases circulation, which can cause the proteins in Botox to shift in position. Any movement that causes your head to be at a point lower than your heart is not a good thing.

Throughout this article, we’ve discussed the importance of keeping Botox in place. Remember that it has a paralyzing effect on the muscles, so it would not be a pretty sight if it moves someplace that it’s not meant to be.

Also avoid taking anti-inflammatory painkillers after Botox, as these drugs cause the blood to thin, which leads to bruising. Another thing that has the same effect is alcohol. It causes blood vessels to dilate, which may also cause bruises. You should skip the liquor both before and after your Botox procedure.

Other rare but potential side-effects of Botox are itchiness, dizziness, visual disturbances, nausea, headache, photosensitivity, and infection. It’s essential to speak to your practitioner ASAP when you experience any unusual symptoms like the ones mentioned.

Conclusion – How Long After Botox Can I Sleep?

Sleep and Botox don’t mix – only for the first 4-6 hours after the procedure. Other than that, it’s safe, has no downtime, and provides fantastic results.