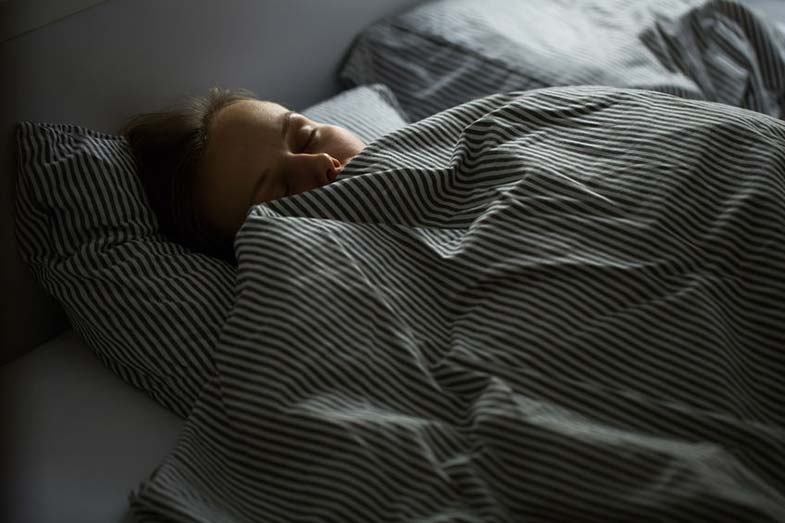 If you exclude medical-related issues and conditions, such as being in a coma or having Kleine-Levin Syndrome (a rare disorder that can cause excessive sleep), it is easier to determine a world record for sleeping.

Peter Powers is one of the most prominent hypnotists in the world, always pushing the boundaries of the hypnotic experience. He’s performed countless hypnosis experiments, including the world’s first online hypnosis.

There are many other sleep records recorded to date including the world record for sleep deprivation. Keep reading to find out more!

What Is the World Record for Not Sleeping?

The record for not sleeping is 11 days and 25 minutes (264.4 hours), held by Randy Gardner, a 17-year-old high school student from San Diego, California. Gardner surpassed the previous record of 260 hours held by Tom Rounds, a DJ from Honolulu.

Gardner’s attempt to break the world record for the longest time a human has gone without sleep was attended by Dr. William C. Dement, a sleep researcher from Stanford University, and Lt. Cmdr. John J. Ross who was responsible for monitoring Gardner’s health. You can check out the video.

You can also say that Randy Gardner holds the world record for no sleep with stimulants since he did not use any substance to help keep him awake.

Check out the is video on sleep-deprivation record-holder Randy Gardner.

In 1959, Peter Tripp, a radio presenter, stayed awake for 201 straight hours to raise funds for a children’s foundation. The event was conducted in Times Square, where he sat inside a glass booth, broadcasting his show. Scientists, doctors, and curious onlookers were all there to observe him. During the first two days, Tripp seemed to be active and in good spirits. However, by the third day, he started to hallucinate and curse the people around him. He even took off his shoes because he thought there were spiders in them. During this time, scientists observed that Tripp’s brainwaves appear similar to what would usually occur during the REM sleep cycle, where dreaming generally takes place.

Longest Time to Stay Awake in a Reality TV Show

Clare Southern, a contestant in a British reality TV show ‘Shattered,’ endured 178 hours without sleep competing in challenges and tasks. Ten contestants competed in the show in 2004. Clare holds the world record for no sleep on a reality TV show.

In 2014, Girlguiding North West in Cheshire organized a pajama party with 2,004 participants. The event earned recognition as the biggest pajama party ever to be held.

Kåre Walkert of Sweden is the Guinness World Record for sleeping holder for having the loudest snore, fueled by a rare breathing disorder. The snore reached a dizzying score of 93 decibels (dBA), which was recorded on May 24, 1993, while in the hospital.

From the Daily Mail, there was also Jenny Chapman, 60, and from the UK, who was recorded snoring at 111.6 decibels.

The world’s largest sleeping bag has a length of 20 meters and was manufactured by Snugpak, a Yorkshire-based manufacturer. The sleeping bag was made for the annual sleep-out event for charity, which was sponsored by Centrepoint. However, confirmation from the Guinness Book of World Records is still pending.

The largest mattress measures 38 feet wide by 80 feet long. It was created in December 2013 by Jefferson, Georgia.

Most Articles of Clothing Slept In

While camping at Tuolumne Meadows Campground in Yosemite National Park, California, Dan Rollman set a record by sleeping in 13 articles of clothing.

The record was set by Zach Neal, who let out a fake snore that stretched for 1 minute and 25.71 seconds without stopping.

Cory Cavin was able to set the record during a fundraising event for the Michael J. Fox Foundation for Parkinson’s Research. Cavin fell asleep on stage within 17 minutes and 50 seconds during a live performance.

Animals That Hardly Ever Sleep

Conclusion – What Is the World Record for Sleeping?

To date, no official world record for sleeping has been recorded. There are too many factors and variables to take into consideration, such as being in a coma or having Kleine-Levin Syndrome. There is, though, the longest hypnotic sleep that lasted eight days, which was done by the British hypnotist Peter Powers.

link to 6 Hotels with Sleep Number Beds (and Alternatives)

After a full day of attending conferences or enjoying time with family, travelers need a bed that is soft (or firm) to their liking and can help them recuperate faster. While a traditional mattress...

A fairly simple inquiry that most consumers ask is, "Will King sheets fit California King beds?" In truth, there is no single direct reply to this question. Contrary to what many people think, this...