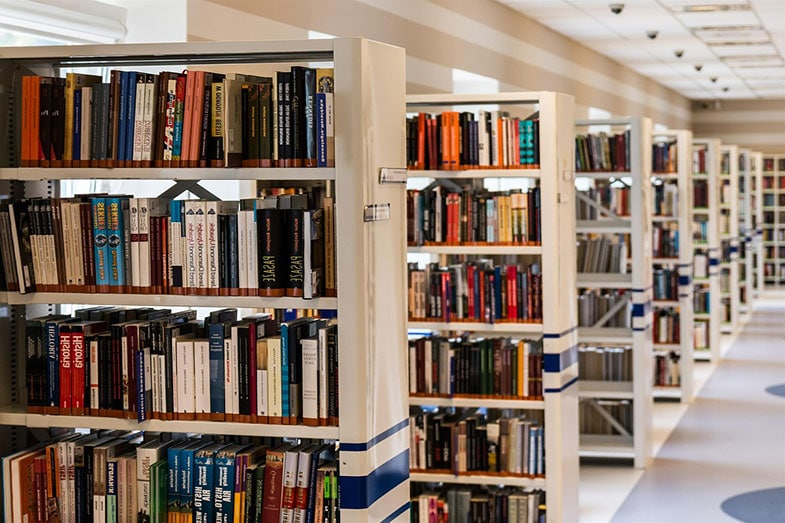 Rules for sleeping in a library depends on the policies of the library. Some have sleeping policies while others don’t. If you’re one who frequents the library, sure, there are moments wherein you really can’t help but doze off. However, before you start making a habit of napping at your local library, the surest way to stay out of trouble is to know their policies.

Are you allowed to sleep in a library? You can take naps in the the library while studying or reading; however, avoid snoring, and disturbing others. You are not allowed to make the library your home or daily comfort zone if you have nowhere else to go is. Eventually you will be asked to leave.

Are You Allowed to Sleep in a Library? Is It Illegal?

Libraries are some of the warmest and most comforting places that we can hang around. Plus, most are free. They have electrical sockets, learning materials, and free internet, making libraries attractive not only to students but even homeless people too. However, are there any particular rules pertaining to sleeping inside a library?

As mentioned above, it would depend on the library. Some may allow it and others don’t. Most libraries have documented laws that warm against sleeping in the library past the study hours. The laws target people and students who take libraries as their sleeping quarters. However, there are fewer or no laws that discourage taking a nap in the library during the day.

Should They Allow Sleeping in the Library?

How Common is it for Students? Homeless?

Actually, while university libraries may not pronounce it legal to sleep inside, they encourage it as long as it benefits the learners. Most libraries have comfortable under tables and couches where students can take a nap when exhausted, provided a student doesn’t disturb other students by snoring extremely loud.

As for public libraries, most of them discourage sleeping. They don’t even have any facilities and materials where people can comfortably take a nap if they are tired. Some homeless people have found comfort and sanctuary in public libraries. However, this makes sleeping less comfortable.

You will rarely have any peaceful or comfortable sleep in these places. The security officers who man these areas will not hesitate to wake you up when they find you sleeping. They may even send you out if you try to lie. Therefore, while some homeless people still sleep in public libraries, it is never comfortable.

You have to understand that it’s illegal to sleep in public libraries past the study hours. It’s legally considered a type of trespassing. Under no circumstance should you ever sleep in a public library unless you are ready to deal with any possible legal troubles.

Some states have issued local curfews stating that nobody should ever sleep in any public place. These laws are made to limit access to certain public places past certain hours. One of such places is the public library. Sleeping in these places may end up causing you lots of legal problems.

The anti-homelessness laws actively, under operation in most cities around the world, prohibit you sleeping anywhere just because you are homeless. Such laws will likely be applied if you are reported having been found sleeping in a public library past the study hours.

You obviously don’t want a situation where your enjoyable nap will turn into a legal nightmare that could cost you hefty fines. So, it’s always best to watch your steps when opting to sleep in certain public places.

How to Sleep in a Library

If you’ve been caught sleeping in the library, no matter how you try to justify your actions, it’s never a good idea to argue. Again, each library has its own rules, so if they caught you sleeping, and they don’t allow it, it’s best that you move out.

If, however, you’re certain that your local library is fine with short naps, here are some ways that you can make your naptime much more enjoyable:

Can You Take a Nap in a Library?

Of course, you can always take a nap in the library. But the circumstances surrounding your sleep will determine whether the librarians will wake you up or will let you enjoy your nap. You cannot just walk into the library, find a comfortable place, and immediately snore and expect that those manning the library will not to take an action to reprimand you.

Librarians are humans so they understand. Even if the laws and policies of a library don’t encourage taking a nap, they may not wake you up depending on the circumstances surrounding your sleep. If you have been around for long reading different books, they will likely let you enjoy your nap. However, if you just entered a few minutes ago, and you started snoring like with no regard to other people, they won’t hesitate to wake you up.

Public libraries are extremely limiting when to comes to taking a nap. You may have heard about stories of homeless people who lived in a public library for months, and they never got thrown out. However, these are rare happenings, and only a few people can be lucky. So many factors depend whether you can enjoy a favorable sleep in a public library and never get thrown out. Among these includes:

As for university libraries, there isn’t a big deal when it comes to taking a nap. You can almost always take one whenever you feel like it, whether during the day or at night. Most libraries have designated sleeping areas where students can take a nap when tired. Homeless students can as well sleep in these areas. That simply means that university libraries aren’t so limiting when it comes to taking a nap.

Conclusion – Are You Allowed to Sleep in a Library? Is It Illegal?

Quality sleep is important in anyone’s life regardless of their lifestyle and status. Not getting enough sleep can pave the way for a whole lot of health problems. That’s why planning your sleeping hours and schedules is the best way to enjoy high-quality sleep every time and all the time. As for students and homeless locals, a library can provide a good sleeping place as long as you obey all the set rules.

All you need to do is understand the state rules and the library policies regarding taking a nap. By so doing, you will be able to sleep in these places more safely and comfortably without exposing yourself to any legal nightmares.