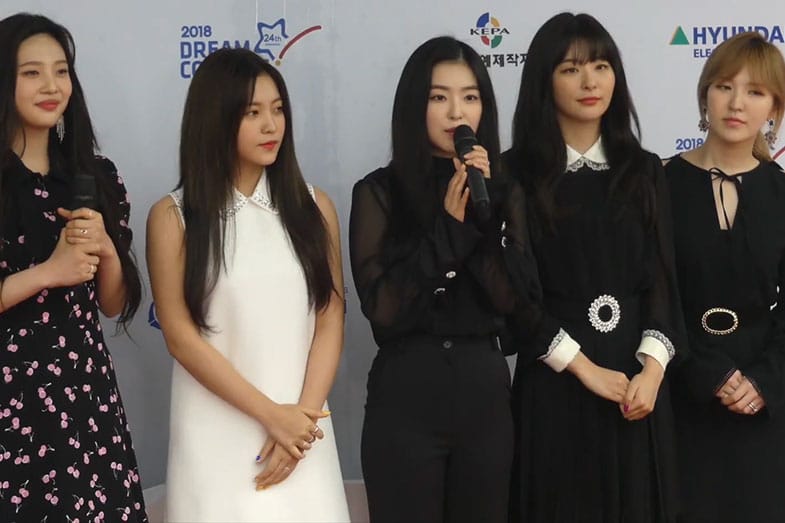 Korean movies, dramas, food, and culture have grown enormously in popularity over the past years. Perhaps the most widely known is Korean Pop, also known as – K-pop! K-pop idols are some of the most hard-working entertainers in the industry. They might be lively and energetic on-stage, but many don’t realize how little sleep these performers get.

K-Pop lead hectic lives and sleep is sometimes difficult for them to get. To learn more, let’s take a closer look at the schedules of these idols.

Also, take a look at this popular Amazon product great for skin care.

A lot of things can explain a K-pop idol’s lack of sleep, but the most obvious one would be their schedule. Let’s take a look at the day-to-day life of these Korean idols to see what kind of work goes into getting them stage-ready.

A K-pop comeback is one of the most anticipated events by fans, which involves the release of teasers, the music video, stage showcases, and concerts. All of these elements come together for their album release. K-pop idols produce one or two of these comebacks in a year.

To break it down, here are the things that keep K-pop idols busy in preparation for their new album.

Before they even step into the studio, K-pop idols do their best to get involved in the creative process, from songwriting to concept selection. They then spend hours in the studio to nail the recordings of their vocal parts, which puts a lot of stress on their vocal cords. Idols sometimes take voice soothing lozenges or drink tea. They have to be careful with their throat health, so products like these will certainly help in keeping their pipes in tip-top shape.

In the K-pop world, each song is expected to have its own choreography that’s hugely dependent on its concept. Sometimes it’s cute and fun, an instant dance craze that fans can easily follow. Or they can be intricate and jaw-dropping, truly satisfying to watch for the technical mastery of the dance. Whatever type of dance it is, it takes a great deal of physical stamina and countless hours of learning the new choreography and practicing it to perfection.

When a group drops a new MV, the K-pop community goes wild, and the videos usually rack up an impressive number of views on the first day. The work behind it isn’t a joke, either. Since K-pop has gone worldwide, there is a considerable amount of people who don’t understand the lyrics. Therefore, the K-pop industry has to rely more heavily on visual presentation: concepts, characters, fashion style, and dance. These should all come together beautifully in a music video.

Idols spend days filming this MV that can make or break their next comeback. They work around the clock with the crew to film their scenes to a tee, flaunting their charms and showmanship. Also, with groups of thirteen members, it becomes a challenge to shoot dance numbers when all of them have to be entirely in sync.

The album photoshoot is another box to tick during pre-comeback. Idols have to be styled and dressed for the camera and participate in both solo and group shots. All of this activity usually has to fit into one or two days. It’s a very tight time-frame, and idols still have to shine despite the high pressure.

K-pop idols have to do both pre-recorded and live performances. Aside from making sure that their vocals and dance moves are on point, they have to memorize countless stage blocking and positions. The K-pop group usually arrives at the venue a day before to rehearse and work on their fault points. They have to take note of where all the cameras are and where to be during the performance. It’s mind-boggling to find out how much work goes into every single stage appearance.

Now that K-pop has reached global recognition, most groups fly out of Korea to attend K-pop conventions in other continents and even go on to hold World Tours. This translates to a lot of traveling. They spend hours in vans and planes to get through their schedules. They never let down their idol image, even at the airport. Fan-site photographers usually flock to the airports of Gimpo or Incheon to take snapshots of the group members before they take flight. As a dutiful K-pop idol, you still have to look your best, smile, and wave, despite the imminent jet lag. Although a van or a plane is a far cry from a warm comfy bed, idols could always use a soft, cushy travel pillow that prevents a stiff neck. They may also put on sleep headphones to block out noise and relax with chill beats.

7. Glamming It Up and Appearances

K-pop idols certainly have the most impressionable and eye-catching fashion statement, which depends on their group image or what their current concept is. They can go dark and edgy, urban swag, or cutesy and colorful. Whatever vibe they’re going for, they have to match it in aesthetics. Idols subject themselves to the care of stylists, many wardrobe changes, and make-up sessions. The management also expects them to maintain their skincare routine religiously. There are no exceptions. Whether you’re female or male, you must put in enough time and effort to achieve a healthy and fresh glow.

The hair is another significant element of an idol’s aesthetic. With most Koreans naturally having dark hair, it’s a challenge to make each member stand out. The solution? Give them different haircuts and hair colors! But sadly, electric blues, platinum blonde, or bubblegum pink wouldn’t be possible without the time-consuming bleaching process. Idols have to sit for hours to get their hair the desired shade.

How Long Do K-Pop Trainees Train?

Becoming a K-pop trainee is a holistic process. To be a ‘global star’ one day and debut, you have to master singing, dancing, acting, and may even have to attend language classes. But that’s not all. What the training agency wants to ingrain in their trainees is discipline.

And if you think that the training period would last a breezy three to six months, then you are mistaken. The process can take anywhere from a year to an entire decade. The length depends on the company and the agreed contract. Just ask TWICE’s leader and main vocalist Jihyo who went through an actual decade of training. She practically spent her childhood and adolescence under JYP Entertainment’s training program.

Management carefully observes the progression of each trainee, both in talent and character. Entertainment companies find that respect, teamwork, and discipline are as important as star potential.

Is It Hard to Be a K-Pop Idol?

Gaining millions of fans worldwide, and being able to perform for them comes with a price. Training usually takes up most of an idol’s teenage years, which is seen as equally important as their studies. Once they debut, they are met with packed schedules and must rigorously maintain their skills and appearance. As a consequence, an idol’s sleeping habits are deeply affected as well. Aside from that, K-pop idols have to deal with pressure, expectations, negative comments, and bashers. Their private lives are also compromised, being tailed continuously by paparazzi and overzealous fans. All these factors may cause potential mental fatigue and even lead to insomnia.

Being a K-pop idol is anything but easy. It’s a very competitive industry with so many quality groups and artists debuting every year. But, like many of these idols say, it’s the love and support from fans that keep them going and doing their best.

With most of the world now using metric units of measurement for virtually anything, you may still come across folks and traders who are more accustomed to using the traditional IS or imperial...

Continue Reading
link to Why Did People Wear Nightcaps? (Why Not Now?)