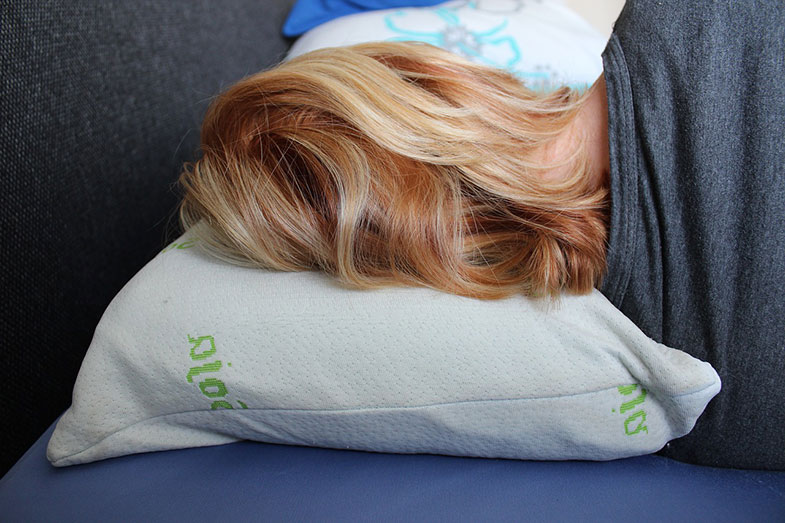 You may have wondered why one, if not both of your ears, feels clogged when you wake up. It creates a sense of discomfort, and it can be annoying when the sounds you hear are off-kilter and throw you off. With your sense of hearing affected, you can only hear muffled and inaudible noises.

Why does my ear get clogged after sleeping on it? It is most likely because of the build-up of earwax or the blockage of the Eustachian tube. Another plausible reason would be that the muscles near the neck and jaw are strained or mistook the clogged sensation for hearing loss.

One of the most common causes of clogged ears is the build-up of wax in the ear canal. The sticky substance in our ears, also known as earwax, prevents dirt, other particles, and foreign elements from entering into the ear. It also acts as a deterrent to water when you go swimming, bathing, or whenever you are in moist surroundings. In addition, it serves as a lubricant, causing the earwax to usually fall out of the ear on its own. In some cases, however, earwax could build up inside the ear canal and slightly obstruct your hearing.

At times, when you sleep on one side, the earwax gets stuck in the ear canal, and as you get up to do your day to day routine, your ear canal can’t drain out. Besides that, there are also individuals that often produce more earwax than others.

The Eustachian tube is a small passageway made of bones and cartilage inside the ear that connects the middle ear and the nasopharynx that is located at the back of the throat. The tube helps to equalize the pressure from both sides of the eardrum by letting the air flow in and out of the middle ear.

When you sneeze, swallow, or yawn, it actually opens the Eustachian tube and keeps the air pressure and fluid or mucus from building up inside the middle ear. Once this passageway is blocked, however, the pressure can’t be equalized and creates a suction that is pulling the eardrum inward, making the eardrum vibrate less. Therefore, causing you to hear inaudible noises or a feeling of fullness on the ear. Changes in air pressure, such as when you are flying on a plane or going to a place with high altitude, could irritate your ears. Hence, the Eustachian tube will have a hard time equalizing the pressure. Another factor that blocks the Eustachian tube is your sleeping position since air can’t freely pass through as you lie down.

The blockage of the Eustachian tube can also be called Eustachian tube dysfunction. Other clinical persons also refer to it as Acute Otitis Media. It can be caused by an inflammation of the tubes or fluid and mucus builds up in the ear. This is especially observed when you are suffering from the common cold, influenza, sinusitis, or allergic rhinitis. When you get a cold or the flu, the Eustachian tube swells shut. Hence, the congested feeling.

There are also those whose Eustachian tubes don’t function well, so they easily and frequently feel their ears clogged especially when they travel by air. It usually goes away on its own. However, if it remains untreated, this could lead to ear infections, earaches, and ear problems.

Muscle Tension in the Neck or Jaw

Muscle tension in the neck or jaw could also be one of the causes of feeling clogged ears, especially when you clench or grind your teeth when you sleep, whether or not you’re aware of this sleeping habit. The jaw joint lies in front of the ear while the base of the skull is beneath the ear. The ear’s sensory nerves are connected to the aforementioned areas. If these areas become swollen due to excessive pressure or muscle strain, it will result in ear problems.

It may seem ludicrous, but there are people suffering from hearing loss that mistook their hearing impairment for having their ears clogged. This happens when you are exposed to excessive and loud noise such as going to places with blaring music the night before. Hearing loss caused by the exposure to excessive and loud noises is temporary and usually goes away more or less in 2 days. However, it is not recommended that you frequently expose yourself to such a noisy environment as this could damage your ears and lead you to have hearing problems, consequently, a permanent hearing loss.

To better protect yourself from such a case, try to minimize spending time on such noisy places. Turn down the volume when you’re listening to music on your phone or watching television. If you can’t avoid the situation, you can stay as far away as possible from the source of loud music.

In treating clogged ears, it is usually left alone since it goes away on its own in a matter of weeks or days. If it doesn’t work, you can treat it using a few oral exercises such as yawning, swallowing, chewing, or pinching your nose and blowing air while your mouth is shut. You would at least feel a bit of pressure in your ears when you do this.

There are also home remedies as well as over the counter (OTC) drugs like decongestants or anti-histamine if the plugged up feeling is caused by colds or allergies.

Conclusion – Why Does My Ear Get Clogged After Sleeping on It?

To reiterate, the common causes of clogged ears as you wake up might be because of the build-up of earwax in the ear canal, blockage of the Eustachian tube, tensed muscles in the neck and jaw, and hearing loss. Most of the causes don’t always occur or may happen intermittently. It usually goes away on its own after a few days if not weeks. However, if it doesn’t, you can always try to treat it yourself using a few oral exercises. There are also a few home remedies and products that you can try to alleviate the sensation of having clogged ears.

It’s important, however, that you do not remove the earwax using cotton swabs or other sharp objects for that matter as these could push down the earwax even further and could possibly puncture and damage your eardrum. Instead, you can use a warm washcloth or use the cotton swabs in cleaning the outer ear. If the condition persists or worsens, it may now be the time to schedule an appointment with an Ears, Nose, and Throat (ENT) specialist for a check-up or for a thorough cleaning. An ENT specialist can help treat your ears and give you advice on taking better care of your ears.